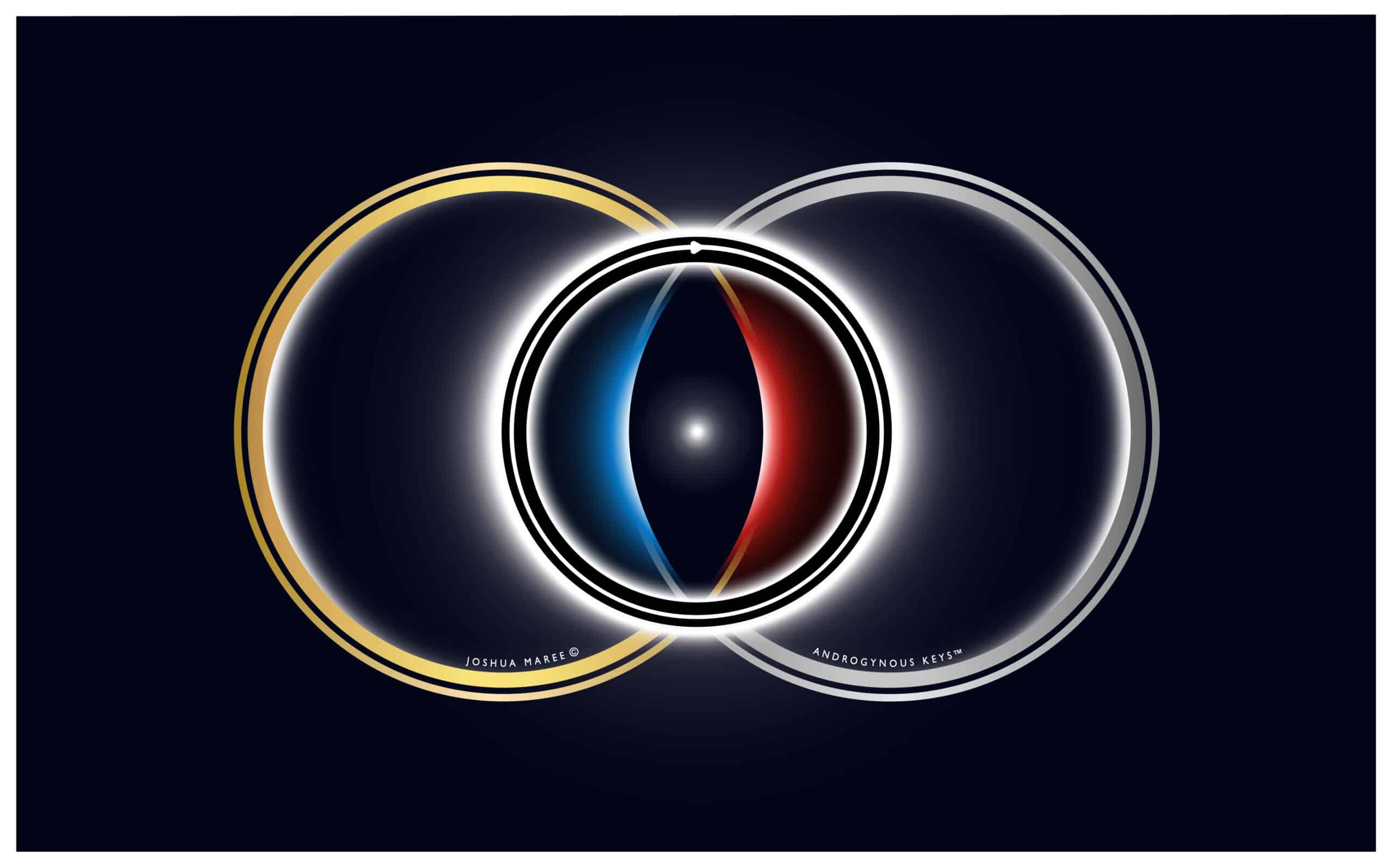 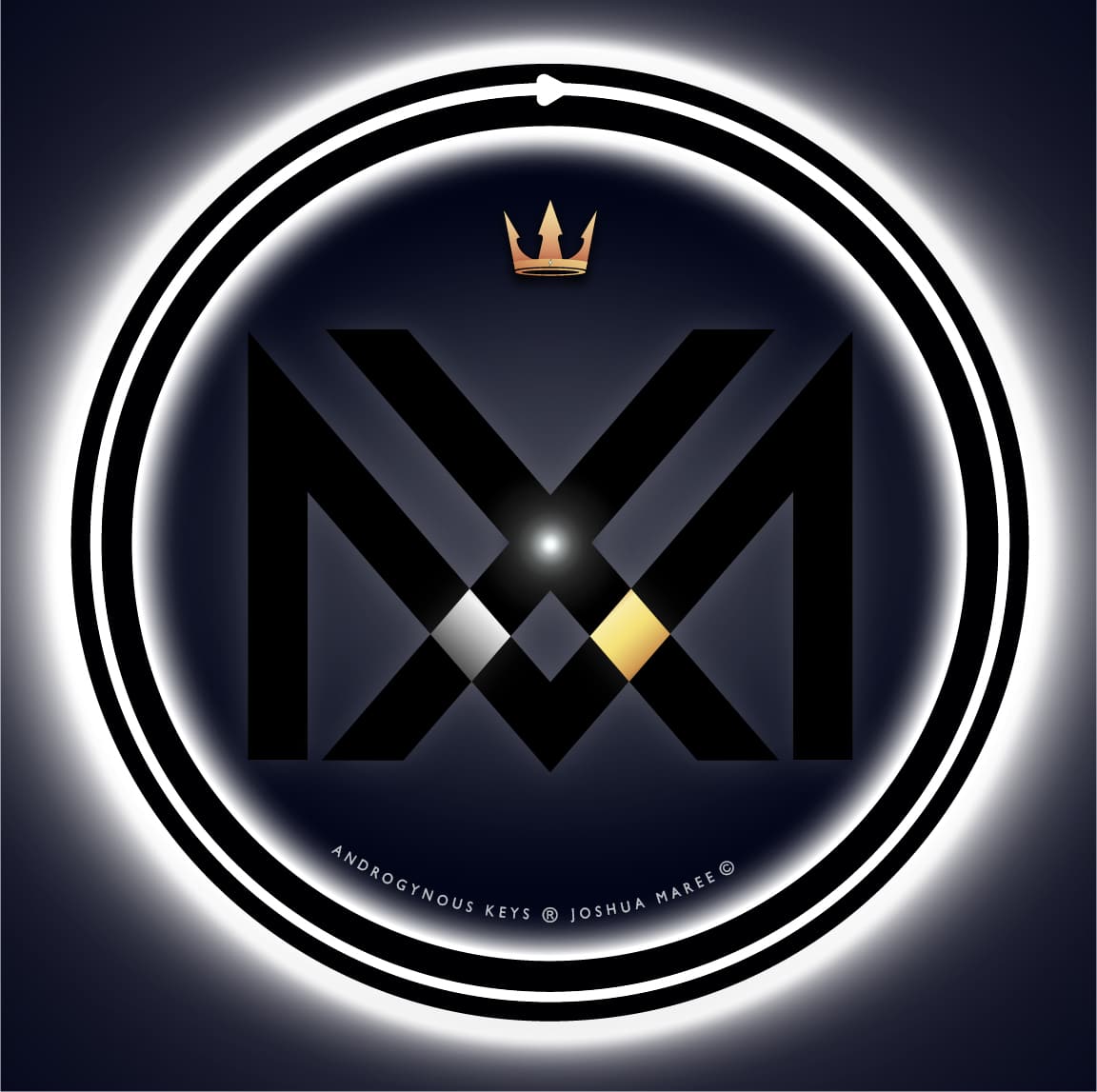 Joshua Maree brings the remembrance of the Androgynous State, through his gift to illuminate the parts of Self that are hiding and caught in separation consciousness, to support them into an alchemical unification embodiment process.  Born as a Sacred Key Holder and Illuminist, Joshua’s gift to humanity is the “Androgynous Keys®” – the communication vibrations that originate from the original sounds of creation.

Joshua holds the original, pure, natural state of consciousness before the gender split of when the Masculine and Feminine attributes are to merge and be brought into balance harmoniously. Joshua shares The Androgynous Keys® and other various energy transmissions and teachings to support humanity to regain the consciousness of Divine Androgyny as we enter this New Cycle of Aquarius.  Joshua’s purpose is to assist you embodying the highest state of intellectual development and emotional maturity. Joshua supports you with this through naturally awakening the inner Kundalini by upgrading the physical, emotional, mental and psychic bodies through Kundalini Shakitpat Transmissions and Neuro-Androgyny® Energy Intervention attunements to change the Neuro-pathways of the brain, revealing to a person his or her Divinity.

South African born and raised into a family line with strong natural healing and intuitive gifts, with his grandfather a Counsellor, and grandmother a prophet for the Christ and Counselling Therapist who provided 40 years of service in the community of South Africa through her church. Joshua Maree now carries on this dedicated commitment to supporting humanity’s healing and evolution, as “The Illuminist” and with his life’s work – Androgynous Keys® and Neuro- Androgyny®.

Joshua’s remembrance and preparation for his life’s work began in childhood, when he received transmissions from the Divine on the Androgynous Keys® and Neuro-Androgyny®. As a teenager, his body began to hold the awakened Kundalini, through experiencing multiple Kundalini Awakenings, as the Divine prepared his energy system to fully embody this State.

Joshua’s commitment and dedication to his healing path is strongly reflected through over 25 years of carrying out one of the most varied, wide—disciplined backgrounds of study, personal healing and worldwide travel in his field, to support the integrity behind him now sharing this style of work with others.

As Joshua was being guided to unlock the “keys” within, his tantric-shamanic interest lead him to study with the world’s leading pioneers bridging Ancient Shamanic Wisdom with Neuro-Science to awaken our higher cognitive intelligence, and “God-Mind”. With a passion to support his clients on all physical, emotional, mental and spiritual levels, Joshua learned Advanced Thai Massage, became a qualified Rogerian Counsellor, an Advanced Natural Medicine Health Coach (300 hours & Advanced Shamanic Skills and Advanced Soul Retrieval – Dr. Alberto Villoldo Award Winning Light Body School, an Advanced Merlins Grace VortexHealer®, and Kurak Akuyek Shaman Facilitator, amongst various other teaching and modalities he also trained in.

As Mother Earth’s Kundalini energy moved and emerged in this dawning Aquarius Age Cycle, and the Serpent of Light moved to the Andes Mountains of Chile and Peru, Joshua began learning from and receiving various rites and initiations from Peruvian Qero Masters. This included Qero Master Don Juan, Qero Juan Gabriel Apaza Lonasco and by Mayhuasca Shaman Jorge Luis Delgado. He also completed his deepening of the Munay-Ki Training in the Sacred Valley of Peru by the Q’ero Masters, Dona Juanita and Don Francisco.

Joshua’s travels have extended across all corners of Mother Earth’s Ley Lines and Sacred Sites from Stonehenge, Avebury & Glastonbury in England, Merlins Cave in Cornwall, Mount Sinia, (Moses Mountain), the Pyramids of Giza and Karnak Temple in Egypt, Roslyn Chapel and Findhorn in Scotland, Machu Picchu & Doorway to the Gods, Amaru Muru Doorway in Peru, Wat Pho Temple & Wat Phra Kaew Temple in Thailand, Torres Del Paine Mountain in Patogonia Chili, Anundshog Ouroborus sacred site in Sweden, Thingevir platonic plates in Iceland, The Greece Santorini island, The Island of the Sun and Moon in Bolivia, the Song Lines around Adams Calendar in South Africa, The White Lions near Timbavati and Lourdes, Montsegur and Renne le Chateua in South of France and Khoe-San (Bushmen) people from Khalahari Desert in Africa.

During 2006, he received training and initiations by Lama Yeshe Rinpoche under the Lama Yeshe Kagyu Tibetian Lineage where he took refuge as a ‘monk’. Joshua utilises over 20 years experience in Tibetan and Buddhist meditation and mind stillness techniques and act as a meditation mentor for those wishing to understand and master their own shadow self and mind.

Since 2014, Joshua has received Darshan/Oneness Blessings by Sri Mata Amritanandamayi Devi, Avatar embodiment of The Divine Mother and during 2017 & 2018 Joshua received the Paramatman Light, Darshan blessings directly from Mother Meera. Paramatman meaning ‘Highest Self ‘or ‘the Self of the whole Universe’. Mother  is a primal force of evolution and Mother’s own divine Light acts as a catalyst that turns on our own inner Light.

During June 2020, Joshua will be travelling with Dr. Alberto Villoldo, the Singer Deva Premal and prophecy keepers of the Andes to visit Mt. Illuminata and Mt. Pachatusan, The Axis of the World where he will be part of the Training Program – The Rise of the Magicians and Rites of Initiation. He will be part of an Event Initiation at Mt. Pachatusan – the legendary protector of the Earthkeepers, the medicine men and women charged with the stewardship of all living beings on the Earth.

Joshua will also visit Northern Peru during August 2020 and Egypt during October 2020 to work with the welcoming in of the new Aquarian Cycle and the remembrance of the Androgynous state.

Joshua is now operating a practice based in South Africa between Johannesburg and Cape Town, whilst travelling internationally to teach and study. Joshua continues his studies under Founder Rick Weinman completing the full training of the Divine healing Art, VortexHealing®. Joshua is also near completion of a Ph.D in Theology, specialising in Theocentric Psychology & Comparative Religion and the Advanced Training Modules under Dr. Alberto Villoldo’s Four Winds School.  He is also regularly receiving training and initiations under various shamans/curandero’s as a Soul Retrieval Facilitator and Shadow Mastery Mentor.

No comments to show.